Before the Second World War, many Japanese men migrated to the Philippines for work or business. A significant number of them married Filipino women and had children. But many died during the war without having their children properly registered in the family registry (Koseki) in Japan, or their family documents were lost during or after the war.

The children of Japanese fathers (called second generation Nikkeijins) born before and during the war are legally Japanese citizens under Japanese laws. They want to be recognized as Japanese citizens, but documentation issues make them de facto stateless persons.

The Ministry of Foreign Affairs of Japan (MOFA) has been surveying since 1995 the war-displaced Japanese descendants left behind in the Philippines through the Philippine Nikkei-jin Legal Support Center (PNLSC).

The 14th MOFA survey (2021) reveals almost four thousand second generation Nikkeijins recorded in different provinces in the Philippines including Davao and Palawan as shown in Table 1.

The seven hundred twenty-four surviving second generation Nikkeijins can be considered stateless. Many of them are now in their 80s and still desire to gain Japanese citizenship.

In order to prepare for their petition for Japanese citizenship, the second generation Nikkeijins apply for stateless recognition in the Philippines.

The application for stateless recognition is filed with the Refugees and Stateless Persons Protection Unit (RSPPU) of the Department of Justice (DOJ) in the Philippines. The main purpose of stateless recognition is to ensure that they continue to enjoy their right to live safely in the Philippines. The state counsel of DOJ-RSPPU makes the evaluation and assessment, including interview of the applicants, before issuing the Notice of Recognition of Statelessness.

With the stateless recognition, they can apply for travel documents with the Department of Foreign Affairs (DFA) of the Philippines.

Since 2017, a total of six second generation Nikkeijins were already recognized as stateless persons by DOJ-RSPPU and some of them were able to obtain travel documents issued by the DFA to visit Japan; and among them five obtained Japanese citizenship through the Shuseki petition in Japan. In August 2019, Ms. Ines Mallari, President of Philippine Nikkei Jin Kai Rengokai, and Atty. Hiroyuki Kawai of PNLSC submitted one hundred three applications for stateless recognition with the DOJ-RSPPU though they still needed to submit additional necessary documents.

Surviving second generation Nikkeijins can file a Shuseki petition to obtain recognition as Japanese citizen. This petition is filed with the family court in Japan with Koseki of the Japanese father, birth certificates, marriage contracts, the Notice of Recognition of Statelessness and other records as essential supporting documents.

With the Notice of Recognition of Statelessness issued by the DOJ-RSPPU, a petitioner can be given temporary recognition as stateless person by the family court. This is a step towards acquiring Japanese citizenship, and also a pressure to the Japanese government to do more in line with its subscription to the international initiative of ending statelessness.

PNLSC, in partnership with the Philippine Nikkei Jin Kai Rengokai, assists in the filing Shuseki petitions in Japan. Since 2004, three hundred eighteen petitions had been filed in Japan, and two hundred seventy-three of them had been approved (as of September 2021). Some petitions encountered difficulties due to lack of documents or inconsistency of claim caused by destruction of vital documents.

Another way of obtaining Japanese citizenship is through the Civil Registrar's Office in the city where the deceased father has his domicile. But this process requires the existence of Koseki, and takes more time.

For the deceased second generation Nikkeijins, PNSLC submitted in 2020 ten applications to register them in the civil registrar's office of the city of their father (based on his address in Japan). Five applications were approved, three were denied, and the rest are pending. Officials of the Legal Affairs Office, the higher authority of city civil registrar's office, are very strict with documents from the Philippines that were registered late. Appeals for reconsideration of registration denial are being made.

The United Nations High Commissioner for Refugees (UNHCR) launched in 2014 the "I Belong Campaign" that aimed to end statelessness by the year 2024. UNHCR is now paying much more attention on the stateless second generation Nikkeijins in the Philippines and started a new project for them.

The Philippines was the first Asian country to become a signatory to the 1954 Convention related to the Status of Stateless Persons and took a lead role in ending statelessness in Asia.

The Philippine government launched the National Action Plan (NAP) to end statelessness on 24 November 2017. Subsequently, the UNHCR launched the SURGE Capacity Project, which "aims to support the Philippine Government in improving its quantitative and qualitative data and enhancing its policy and legislative framework." The project released in April 2021 a report entitled Desk Review on Populations At Risk of Statelessness - Children of Philippine Descent in a Migratory Setting in Gulf Cooperation Council (GCC) Countries and Persons of Japanese Descent.1 The report recommends to

"Add Persons of Japanese Descent ("PJD") to the list of identified populations at-risk of statelessness;"
"Consider pursuing a joint committee on bilateral cooperation between the Philippines and Japan similar to what was utilized to resolve cases of Persons of Indonesian Descent (PID) as a matter of urgency."2

The UNHCR also envisioned the creation of the Civil Society Network (CSN) on statelessness in the Philippines, and PNLSC was invited as one of its members. In the online exploratory meeting held on 25 June 2020, thirty-six participants from sixteen civil organizations all agreed to the creation of CSN.

PNLSC has continuing communication with the members of the Japanese parliament (Diet), especially the members of the Parliamentary Group on Japan-Philippine Friendship. Some Diet Members have expressed strong sympathy on this matter ever since PNLSC started. Considering the age of the second generation Nikkeijins, PNLSC has been accelerating its lobbying effort through meetings with members of the parliamentary group. In 2020, Atty. Kawai presented to the Diet members the book entitled Restoration--War and Nationality Recovery Movement for War-displaced Japanese Descendants Left Behind in the Philippines. The book, written jointly by Atty. Kawai and Mr. Norihiro Inomata in Japanese, documents the plight of the ageing second generation Nikkeijins and argues for the recognition of their Japanese citizenship. Some members of the Diet reacted favorably to the book and expressed commitment to help find a way to resolve the issue. 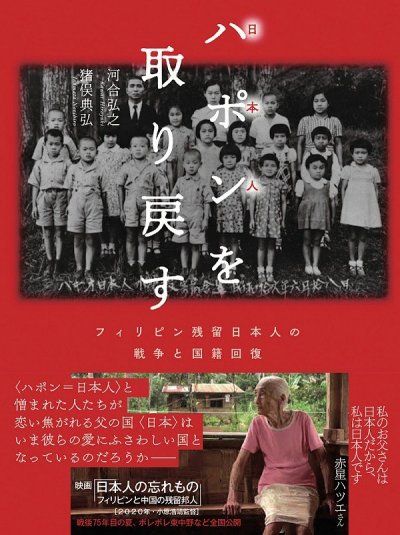 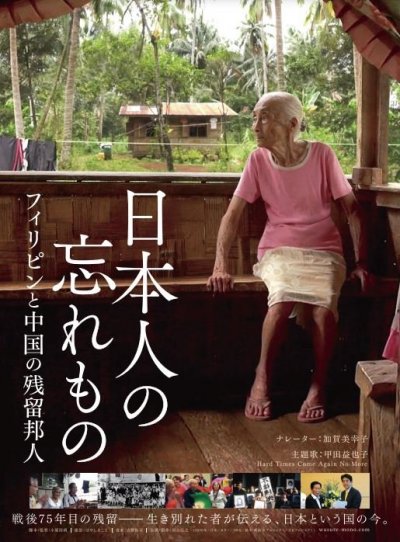 The cases of Nikkeijins are results of war, and remained unresolved for a long time since the war ended. PNLSC tries to gain the understanding of this situation by the courts and also by the Japanese government.

PNLSC hopes that the Japanese and Philippine governments would jointly recognize the stateless second generation Nikkeijins as children of the Japanese.

The Philippine Nikkei-jin Legal Support Center (PNLSC) is a Japanese non-profit organization established in 2003 as a direct outcome of the centennial anniversary of Japanese migration to the Philippines. It strongly advocates support both legally and socially to Philippine Nikkei-jins who were stricken with hardships during Second World War and the subsequent turmoil. It adheres to the belief that "Every person has a right to know her/his place of origin, which is one of the fundamental human rights."

2. Desk Review on Populations At Risk of Statelessness - Children of Philippine Descent in a Migratory Setting in Gulf Cooperation Council (GCC) Countries and Persons of Japanese Descent, ibid., pages 10-11.