Zindagii Shoista (Living with Dignity): An Experiment on Community-based Initiative on Violence Against Women and Girls

According to the Demographic and Health Survey of 2017 in Tajikistan, almost three quarters of women age 15 to 49 are married, with about half married by age 20. About a third of ever-married women age 15 to 49 have ever experienced physical, sexual, or emotional violence from their husband (IPV). Young and recently married women tend to be the most vulnerable; and they also may face violence from other members of their husband's family whose home they usually move to, such as their parents- and siblings-in-law.

Most cases of violence occur within the walls of the family home and never come to light because the social environment is highly patriarchal, with strong norms of respect for elders. The behavior of those who use violence is often condoned and to be a survivor is seen as shameful, as is reporting experiences to others. In essence, violence against women and girls (VAWG) is considered to be a private matter. This prevents survivors from seeking legal recourse, despite the legal protections that are in place, and the services that do exist. Although there are no reliable national figures available for suicidality, research points to young women also being the most vulnerable group in this respect. 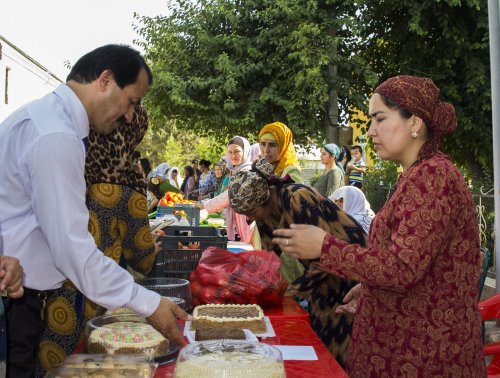 Zindagii Shoista (Living with Dignity),1 an intervention developed to prevent VAWG, was implemented in four villages in Jomi and Penjikent districts of Tajikistan during the 2015-2018 period.

The intervention was developed to effect change through extended families, as units, and combined gender norm-change approaches with income-generating activities (IGAs). These drew in part on the Stepping Stones2 and Creating Futures3 interventions that were developed initially for use in Africa, with significant modifications to address the needs particular to Tajikistan, especially for the IGA component.

The project was in many ways novel for both Tajikistan and the greater Central Asian subregion because of its family-centered approach, its combination of economic empowerment and social norm-behavior change elements, and its focus not only on IPV but also violence driven by in-law dynamics, including various forms of physical, emotional and economic violence by in-laws. In Tajikistan, as in many countries in Asia, the family unit is not only a husband-wife dyad; it includes a more complex grouping of in-laws who may exploit and be violent towards younger daughters-in-law.

The intervention was evaluated in a study that was designed to assess the medium-term impact of Zindagii Shoista. Evaluation was done through a research conducted over a period of almost three years. The data from the final assessment was compared to findings from three earlier data points: at the beginning of the intervention (0 months), mid-way through the intervention (8 months after its commencement) and at the end point of the intervention (15 months). The study population included younger and older women and younger and older men from project families in the four villages participating in the intervention. Two of the villages were in Penjikent district in the north of the country and two in Jomi district in the south. A standardized questionnaire was used for all interviews.

Some the results of the survey are discussed below.

The experience of emotional IPV in the past twelve months was reported by 28.1% of women at 30 months, and 32.3% at 15 months, compared to 64.5% at baseline. Experience of physical IPV was reported by 15.7% of women at 30 months, compared to 16.5% at 15 months and 44.9% at baseline. Indicators for men showed similarly low levels of perpetration of emotional (6.4%) and physical (2.6%) IPV at 30 months, and 4.5% and 0% at 15 months, compared to 44.8% and 28.7% at baseline. Women's reported sexual IPV dropped from 21.8% to 15.3% at 8 months and a low of 3.8% at 15 months, at 30 months there was somewhat of an uptick 14.9% reported experiencing this, which is still less than half of the baseline rate. There was no quantitative indicator for economic IPV, but this was tracked through qualitative interviews and monitoring visits and was widely reported as having reduced. The intervention increased both women's own economic standing as well as that of their families, even though the family enterprises varied in their success and degree to which they were transformative of gender relations.

Men's reports of perpetration at 15 months were much lower than women's reports experiencing violence, with men reporting no perpetration (0%) of physical and sexual IPV. This might not have been the case, but it certainly reflected a new awareness that IPV is not acceptable. Nonetheless, there was a significant reduction in violence reported by women at the end of the intervention, supported by qualitative findings, pointing to an overall reduction of IPV perpetrated by men and experienced by women, even if men may have exaggerated the degree to which this reduction occurred.

One of the interview participants among the younger women group explained: "My husband does not hit me anymore, he consults with me when making decisions. Before [the intervention] my husband would not allow me to leave the house, now I can do many things outside the house independently. My neighbors in the village invite me to attend marakas 4 and weddings." An older woman participant remarked: "We gathered some money from our small family business, and we sent my husband to Hajj.5 My husband has completely changed now. I do not know if this is because of the intervention or because he went to Mecca. He does not insult me at all now. He used to insult me due to my physical disability, calling me names. He is very kind to me now, we eat and drink tea together, it was not this way before."

The findings of the 30-month-post-baseline assessment showed that the positive impacts at the 15-month assessment were broadly sustained over the subsequent 15 months, even though intervention activities had ceased and the impact extended much beyond reductions in IPV. There were further decreases in severe food insecurity among women and men and in borrowing money for food, and a decrease in depression among women, as well as more equitable gender relations and attitudes, across the four timepoints: baseline, 8 months, 15 months, 30 months. There was a little backsliding in women's earnings and savings at 30 months, that is, in the 15 months after the end of the project, as only 55.2% of women had earned in the prior 3 months, compared to 79.5% at 15 months (although the proportion was 23.9% at baseline), but women still perceived themselves to be far better across the board than they had been at baseline, before the intervention. The post-endline findings were also particularly significant given that data were collected at a time of the year when socioeconomic and other stress factors would have been high. 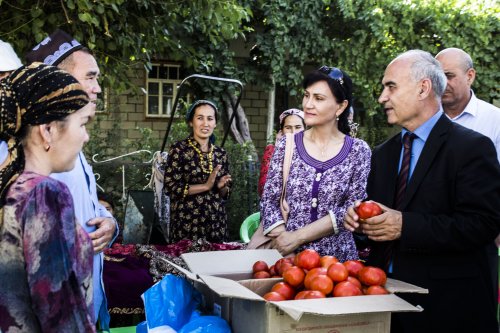 Zindagii Shoista shows that social norms and behavior change interventions combined with economic empowerment can have a significant impact on reducing VAWG. In addition to its impact on IPV, the program also contributed to the scarce evidence base around what works to prevent VAWG not only in couples but also by in-laws. This is especially important in Central and South Asian subregions, where family dynamics beyond the wife-husband dyad play a key role in VAWG and its prevention.

Adapting VAWG interventions to new contexts: Zindagii Shoista was carefully designed to the Tajik context, adapting the approach of a successful intervention previously used in South Africa and elsewhere. In turn, the Zindagii Shoista approach has been adapted for use elsewhere, including in Myanmar and Nepal. This shows that it is possible to adapt VAWG prevention interventions that worked in one part of the world to another geographical and cultural context, but it requires extensive formative research, in-depth understanding of the local context, and collaborating with local partners.
Working with women, men and extended family: The formative research identified that a couples-approach would not be sufficient in Tajikistan as violence, especially against young women, is also perpetrated by in-laws. Hence, the program employed a broader family-centered approach that addressed VAWG in a holistic way, which was recognized as a key factor behind the significant reduction in VAWG.

Addressing multiple root causes of VAWG: The program was based on the premise that for changes to be sustained, VAWG interventions need to address multiple drivers of violence, which in this context meant economic stress factors, patriarchal norms and behaviors, and mental health. The combined economic and social empowerment approach effectively addressed these overlapping root causes of VAWG.

This appeared to be sufficient time for young women's engagement in IGAs to translate into higher status in the families, and for changes in relationships and power dynamics to unfold. Women reported that improved self-esteem and economic skills gave them more bargaining power in the family, and in-laws showed more respect and care towards younger women.

Training of facilitators: The careful selection and training of staff from local implementing organizations as facilitators, followed up by ongoing back-stopping support from dedicated, trained staff who could assist in dealing with unexpected challenges, were crucial to the success of the program.

1. Zindagii Shoista was implemented by International Alert and Cesvi, with local partners ATO, Farodis and Zanoni Sharq (Women of the Orient) as part of the global What Works to Prevent Violence Against Women and Girls programme funded by DFID and headed by the South African Medical Research Council (SAMRC).

4. Maraka - traditional ceremonies such as weddings and funerals.