In 2006, members of the Peacetime Foundation of Taiwan visited Srinagar in Jammu and Kashmir state to meet the founders of an organization working on forced disappearances. The group, welcomed with warm hugs by a lawyer and a representative of a victim, was informed that it was the very first Asian group to visit the organization. They had been visited by groups from either Europe or the Americas. As a member of the group, I had a mixed feeling of joy and shame. I was ashamed of myself for being indifferent to my neighbors’ plight. 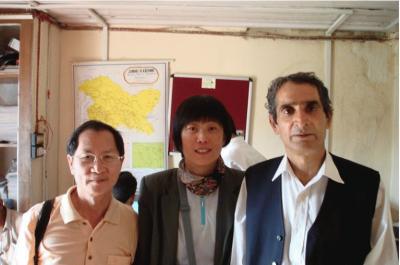 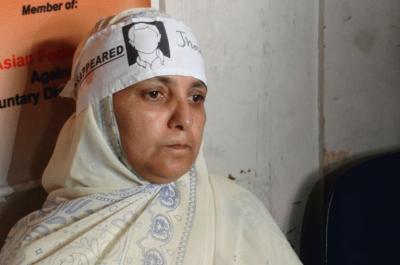 Human Rights Mechanisms
The regions of Europe, the Americas and Africa have adopted human rights instruments such as Bill of Rights and Human Rights Charters and subsequently established mechanisms such as human rights courts to ensure the protection of human rights. For instance, the Convention for the Protection of Human Rights and Fundamental Freedoms was adopted by the newly-formed Council of Europe on 4 November 1950. In 1959, the Council of Europe established the European Court of Human Rights (ECtHR) based on the Convention. Since then, the Court has enabled individuals to file complaints at the transnational ECtHR for the violations of the Convention, as long as they had exhausted all possible remedies open to them under the laws of their country.

It is worth recalling that in addition to the joint and separate efforts of European governments, various proposals concerning the founding of human rights court in Europe were raised by European non-governmental organizations (NGOs). They were key actors in the 1948 Hague Congress that served as a forum for European unity. Witnessing the continent being ravaged by war, those actors were adamant that power tended to intoxicate those in government and that unchecked power bred totalitarianism. They saw the necessity of setting up a transnational body to enforce and oversee the protection of human rights.

Taking inspiration from European human rights mechanism, countries in the Americas adopted the American Convention on Human Rights, also known as the Pact of San José, on 22 November 1969. They subsequently established the Inter-American Court of Human Rights (IACHR) on 22 May 1979 to interpret and oversee the implementation of the Pact and to establish rules and procedures governing cases brought before it.

Asian Situation
The absence of a transnational human rights system renders indigenous peoples, minorities, and disadvantaged and marginalized groups in Asia vulnerable to human rights violations, abuses, and discrimination based on race, ethnicity, religion, gender, and sexual orientation or other status. Asian countries have proposed remedial measures to mitigate the effects.

Non-governmental organizations adopted the Asian Human Rights Charter in Gwangju, South Korea on 17 May 1998. While this Charter is not legally binding, its content and principles closely resemble the core international human rights treaties existing at that time.

Article 16.2 of the Asian Human Rights Charter refers to “independent commission or a court” that would enforce a human rights convention; which is also proposed to be adopted by Asian states.1

Phrased differently, an Asian Human Rights Court has already been proposed as a possible human rights mechanism in Asia.

There are peoples’ tribunals as well as human rights courts in Asia, functioning at both domestic and international levels. The Constitutional Court Simulation (CCS) in Taiwan that held sessions during the 2014-2016 period is an example. The Regional Peoples’ Tribunal (RPT), which held a session in New Delhi on 17 March 2015 to hear cases related to Dalit human rights violations, is another example.2 Both of them highlighted non-governmental approaches to justice. Another similar example is the Permanent Peoples’ Tribunal (PPT).3 Functioning at an international level, PPT takes a different perspective by looking at cases mainly from the viewpoint of international criminal law and examines charges concerning war crimes and crimes against humanity. 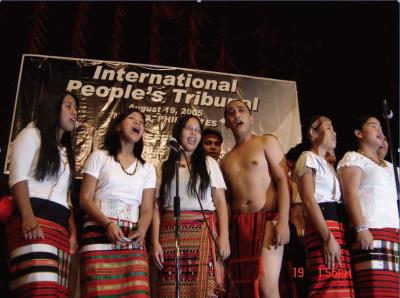 From 1993 to 1995, the Asian Women Human Rights Council4 organized seven women’s court sessions in Lahore (Pakistan), Tokyo (Japan), Bangalore (India), Cairo (Egypt), and Manila (Philippines) on a variety of issues: violence against women, war crimes and female slavery, crimes against Dalit and indigenous women, the consequences of demographic policies on women, the dominant system of development and nuclear policies. The culmination of these initiatives was a global public hearing in the NGO Forum of the Fourth World Conference on Women.5 In 2000, the Violence Against Women in War Network-Japan organized the Women’s International War Crimes Tribunal on Japan’s Military Sexual Slavery in Tokyo. Victims from China, South Korea, Taiwan and the Philippines presented their testimonies in the court hearing.6

Campaign for an Asian Human Rights Court
The Chang Fo-chuan Center for the Study of Human Rights (hereafter the Center), founded in 2000 at Soochow University in Taipei,7 has organized lectures, conferences, and seminars to facilitate exchanges among human rights scholars, activists and legal experts. In close collaboration with seventeen human rights organizations, the Center has strived to materialize the establishment of an Asian Human Rights Court through workshops. The workshops revealed the longing of people in Asia for the establishment of a regional court or tribunal for human rights. The judgments and recommendations of the previous non-governmental tribunals and courts in Asia stimulated dialogues on human rights violations in a simulative fashion, and often pointed out the sense of injustice as crucial concern of the peoples in Asia. A research into the types, structures, rules, cases of peoples’ tribunals and human rights courts as well as the verdicts produced is a concrete step to pave the way for an Asian Human Rights Court.

Conceptualizing the Asian Human Rights Court
In order to address the key issues in establishing an Asian Human Rights Court, the Center is organizing two workshops on  9-12 May 2019 and 11-14 July 2019 in coordination with four institutes and organizations: The Institute of Human Rights and Peace Studies (IHRP) of Mahidol University, Thailand; Research Center for Human Rights (RCHR) of Osaka City University, Japan with which the Center had signed a memorandum of understanding in 2016; Foundation of Women’s Rights Promotion and Development (FWRPD), Taiwan, and the Global Voice (GV), an international and multilingual community of bloggers, journalists, translators, academics, and human rights activists. Each workshop would have six sessions to provoke thoughts and discussions in connection with the networking, promotion and advocacy on the establishment of an Asian Human Rights Court. The first workshop will focus on the Association of Southeast Asian Nations (ASEAN) and its human rights declarations and conventions; while the second workshop will focus on the Asia-Pacific Economic Cooperation (APEC), gender and economics.

The workshops will emphasize discussions of regional human rights systems, peoples’ tribunals and human rights courts in Asia, including but not limited to CCS, RPT, PPT and other similar initiatives. The planned topics of the six sessions are the following:

I remember the time when I was travelling around Asian countries wearing a cap with the words Human Rights Quarterly written on it. After arriving at Leh, Ladakh in Jammu and Kashmir state, I was asked by a Tibetan hotel manager, “Why do you advance human rights only quarterly, but not EVERYDAY?” The manager displayed an Asian human rights sentiment we all share, also a commitment made through the Universal Declaration of Human Rights seventy years ago.

Jau-hwa Chen is the Director of Chang Fo-chuan Center for the Study of Human Rights and Master Degree Program at Soochow University, Taiwan.

7 The Center set up a human rights program at the undergraduate level in 2004 to provide training for human rights advocates. Designed for students from diverse disciplines and backgrounds, this program not only offered an interdisciplinary approach to human rights but also collaborated with organizations that had developed strategies and tactics for human rights activism. In 2008, the Center set up a two-year MA program in human rights, the very first Master’s degree in human rights in Taiwan. Interdisciplinary in scope and based upon the established undergraduate program, this MA program has helped students become theoretically informed while equipping them with knowledge and skills to conduct innovative research and establish local and/or regional networks among various rights groups.