Breaking Down Walls of Stigma and Social Discrimination: The Long Journey of the Hansen's Disease Recoverers

Do you know what the Hansen’s disease is? Do you know that it is an infection caused by a bacterium called mycobacterium leprae that affects the skin and peripheral nerves causing the change in skin appearance? In the past, it was called "Leprosy" ("Rai 癩" in Japanese). But the name "Hansen’s disease" is now the official disease name because the previous name was stigmatized and led to social discrimination. While there are few new cases every year, there are still fourteen Hansen's disease sanatoriums in Japan, with about 1,450 recoverers (having an average age of eighty-five years).1 Most recoverers are cured, but they continue to stay in the sanatoriums for the after-effects, their advanced age and the problem of going home.

Despite the low-level infectiousness and effective medical treatments, patients of the disease still suffer social discrimination even after getting cured. This is the reason why they are called “recoverers.” Once people were diagnosed with Hansen’s disease, they were segregated from society and sent to the sanatoriums, located in remote areas.

After getting cured, recoverers have to change their names, stay silent about one’s medical history and hide one's identity to be able to live outside the sanatoriums. This is self-denial.

Discriminated people have difficult time regaining self-respect and overcoming discrimination. They get back their self-esteem only when they step out of such discriminatory circumstances and talk about themselves. But this takes a long time. 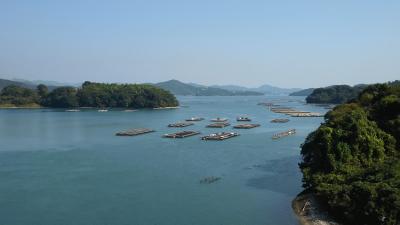 Nagashima Aisei-en, located in an island, is connected to the mail island by a bridge built
in 1988 and called "Bridge of recovery of human dignity".

Human Rights and the Hansen’s Disease Issue
The Japanese leprosy law of 1907 (first revised in 1931 and then in 1953) provided the basis for the absolute isolation of Hansen’s disease sufferers policy. A building in one sanatorium, Kuriu Rakusei-en, called “Jyu-Kan-Bo, special hospital ward”, was actually a prison for disobedient Hansen's disease patients during the 1938-1947 period. Those who did not obey the medical staff or were suspected of committing a crime were not given an official trial and were locked in the small, dark prison-like rooms as punishment. Even after the Hansen’s disease became curable in the 1950s with the introduction of the drug therapy using “Promin,” the Japanese government, medical authorities and public opinion did not change their attitude on isolation of Hansen’s disease sufferers for a long time.

When the Leprosy Prevention Law was repealed in 1996, the Japanese state admitted that the law violated the human rights of those with the Hansen’s disease. Despite this, the social stigma against Hansen’s disease recoverers still remains.

Stigma is defined as a labeling by society. Race, ethnicities, beliefs and criminal histories can carry social stigma. Also, stigma can attach to illnesses and disabilities. Discrimination studies locate the original source of stigma in the separation of “us” from “them.” It is comparable to the distinction between “uchi” (inner) and “soto” (outer) in the Japanese context. While persons similar to us are acceptable, those different from us are not acceptable. People who are different from us might be harmful to us. Therefore, people different from us should be kept away and prevented from having contact with us. Thus, stigma is born from “fear” and the “difference” of others.

Zen-Ryo-Kyo’s Activities: Continuous Struggle against Social Stigma
To overcome this situation, an organization of people living in the sanatoriums was established in 1951 and named Zen-Ryo-Kyo (National Hansen’s Disease Sanatoria Residents’ Association). Zen-Ryo-Kyo’s goals can be divided into physical and emotional or intellectual goals. The first goal includes improving the medical circumstances and daily life in the sanatoriums. The second one involves social rehabilitation. The activities of Zen-Ryo-Kyo in pursuit of the second goal are designed to reduce social stigma and discrimination.

The activities of Zen-Ryo-Kyo to reduce stigma can be categorized into four types: 1) efforts to change the name from “leprosy” to “Hansen’s Disease;” 2) efforts to influence the mass media to avoid discriminatory expressions; 3) efforts to educate the public about Hansen’s disease; and 4) efforts to repeal the Leprosy Prevention Law. Some of the activities may fit in more than one category. 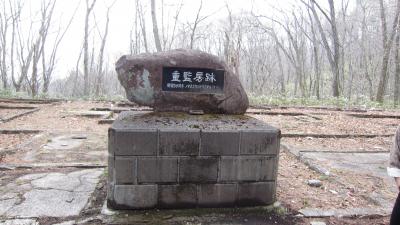 Changing the Name of the Disease

Since the word “leprosy” evoked negative impressions and had led to social stigma and discrimination, Zen-Ryo-Kyo began as early as 1952 to promote the term “Hansen’s disease.” This effort was influenced by the residents of Carville, Louisiana in the U.S. who had demanded that authorities use the term “Hansen’s disease” after the Norwegian medical scientist Armauer Hansen who identified the leprosy bacteria. This name change gradually became accepted, and the mass media in Japan such as newspapers started to use the name “Hansen’s disease” from mid-1960s and to a great extent abandoned the word “leprosy” by the end of 1970s.

Persuading Mass Media Not to Use Discriminatory Expressions
Zen-Ryo-Kyo protested whenever it noticed negative and incorrect information about the disease on television or radio, or in newspapers, novels and illustrated books.  For example, in 1973 Zen-Ryo-Kyo found an incorrect and misleading article about Hansen’s disease in a health science textbook for junior secondary school students. The article did not offer an accurate scientific explanation of Hansen’s disease, and stimulated social stigma and discrimination by exaggerating the fear against the disease. Zen-Ryo-Kyo requested the Ministry of Health and Social Welfare and the Ministry of Education to revise the textbook. The Ministry of Education subsequently directed the publisher of the textbook to make the revisions.

Educating the Public
Zen-Ryo-Kyo worked to help people understand Hansen’s disease. A prime example of these efforts is the establishment of the National Hansen’s Disease Museum in Tama-Zensyou-En, a sanatorium in Tokyo. The museum was established in 1992 by Tofu Kyokai Association, a Hansen’s disease recoverers’ support group.  Some of the recoverers are working there as “narrators,” talking about life with Hansen’s disease.2

The 1931 law that required absolute isolation also guaranteed that the Japanese government would support both the financial and medical needs of the Hansen’s disease sufferers while in the sanatoriums.

From the beginning, in the 1950s, Zen-Ryo-Kyo protested against the injustice of the Leprosy Prevention Law and tried to modify or repeal it. However, the revision of the 1931 law in 1953 retained the isolation policy, which remained on the books until 1996.

Zen-Ryo-Kyo continued its advocacy to repeal the law by working with local governments, other groups of people with illnesses and disabilities, civil movement groups and lawyers. As a result, the Cabinet Council submitted a report to enact the bill entitled “The Matter Related to the Repeal of the Leprosy Prevention Law.” This led the Diet to enact the law that repealed the 1953 law in 1996.

Hansen disease recoverers started filing cases in court in 1998 demanding compensation from the government. Several complaints were filed in the courts in Kumamoto, Tokyo and Okayama prefectures. In 2001, the Kumamoto District Court ruled that the isolation policy under the 1953 revision of the law violated the rights of the Hansen disease recoverers provided for in the Japanese Constitution, and that the government failed to take action to eliminate discrimination and prejudice against the patient's families. The court also ordered the government to pay each complainant between eight million Yen and fourteen million Yen in compensation for their forced isolation under the law (that was repealed in 1996).3

In 2001, the Diet enacted the Act on Payment of Compensation to Inmates of Hansen's Disease Sanatorium (Act No. 63 of 2001). In the following year, 2002, members of Zen-Ryo-Kyo obtained compensation from the Japanese government for damages caused by the isolation policy.

Contribution of Zen-Ryo-Kyo and Hansen’s Disease Recoverers
What factors proved effective in the actions to reduce stigma?  Why and how?  Two factors can be identified. Firstly, this movement is not only for people affected by Hansen’s disease but for all those stigmatized for their illnesses and disabilities. The activists of Zen-Ryo-Kyo find motivation in the fact that their activities profit not only their own interests but benefit all others who suffer due to illnesses and disabilities.

Richard Parker, a medical anthropologist, wrote that “the key question is whether we will be able to build upon the politics of identity so as to transform it into a politics of solidarity” (Parker, 1999). The members of Zen-Ryo-Kyo believed that collaboration among vulnerable people has enormous power. Zen-Ryo-Kyo promoted solidarity among those oppressed as a result of social discrimination against people suffering from illnesses and disabilities, and removed the barrier between “us” and “them.”

A second factor contributing to the success of the Zen-Ryo-Kyo movement is the number of individuals and groups who have been supporting the movement. From the beginning, Zen-Ryo-Kyo has a particularly strong bond with Japan’s National Hospital Workers’ Union (Zen-I-Ro, established in 1948) and Japan’s Patients League (Nikkan, established in 1948) which originally represented tuberculosis patients. These two groups and Zen-Ryo-Kyo share ties of “brotherhood.” Through their partnership, Zen-Ryo-Kyo learned how to organize a movement and how to negotiate with the government.  Japan’s Patients Council (established in 1986) and the National Conference to Support the Life and Rights of Disabled Persons (established in 1967) also worked closely with Zen-Ryo-Kyo. In addition, Zen-Ryo-Kyo gradually developed close collaboration with other organizations, such as the Hansen’s Disease Provision Council and the National Hansen’s Disease Sanatoriums Presidents League.

Zen-Ryo-Kyo also developed strong partnerships with lawyers, medical professionals, mass media, and civil society activists during the campaign to repeal the “Leprosy Prevention Law” in 1990.  Lawyers argued that the policy of absolute isolation was discriminatory and violated the human rights protected by the Japanese Constitution.  Medical professionals at the annual meeting of Japanese Leprosy Association blamed themselves for not taking action against the Leprosy Prevention Law in spite of the fact that they knew that absolute isolation was medically unnecessary. Mass media ran stories about social stigma and the discrimination against Hansen’s disease sufferers and advocated the repeal of the Law. About twenty civil society groups actively supported the Zen-Ryo-Kyo’s claim for compensation against the Japanese government. Many civil society groups held meetings to learn about Hansen’s disease and communicated with people who recovered from Hansen’s disease. Also, some members of the civil society groups attended court hearings and influenced public opinion.

It took the mass media some time before adopting a neutral position, although they were aware of the unfair discrimination against people with Hansen’s disease. In the 1990s, all mass media outlets supported Zen-Ryo-Kyo’s efforts to repeal the “Leprosy Prevention Law.”  Many civil society groups collaborated with Zen-Ryo-Kyo in 1999 in preparing for legal proceedings against the government. In sum, collaboration among people with Hansen’s disease, professional groups and civil groups can change society.

Collaboration to Change the Society
In the first forty years of its existence, Zen–Ryo-Kyo had few collaborators because of the great stigma attached to Hansen’s disease. During this period, however, activists of Zen-Ryo-Kyo believed that they were working not only for people with Hansen’s disease but for all who had health problems.4 After a long time Zen-Ryo-Kyo finally obtained the sympathy of other individuals and groups. This sort of movement should serve as a model in future cases where stigma and social discrimination against people with diseases or disabilities arise.

Zen-Ryo-Kyo continued to undertake many activities to reduce stigma even though it took a long time for its efforts to bear fruit. The Japanese society need to provide more support for their activities. There are many people who are stigmatized because they have heritable diseases, HIV/AIDS, physical disabilities, or mental disorders and are discriminated against in education, employment and marriage. Now is the time to look back at the history of the movement conducted by people with Hansen’s disease to find ideas to solve the problems of other people with stigmatized illnesses and disabilities and to design social support systems to help similar movements.  People with Hansen’s disease have offered society the chance to change from an intolerant society to a generous one.  Can our society grab this opportunity and change its nature?  Our ability to accept this opportunity is now being judged.