Within and Beyond the Human Rights Museums: Kaohsiung City of Taiwan

Kaohsiung is a spiritual home for Taiwan's modern democratic transition and a city with a living human rights history. The development of the city reflects Taiwan's economic and political modernization, as well as its ultimate democratization. When we look back at the historical development of Kaohsiung, we are able to relive moments that profoundly shaped Taiwan's history, including the 228 Incident, the Ciaotou Incident, and the Formosa Incident (Kaohsiung Incident), and places steeped in human rights history such as the Unknown Soldier Memorial, War and Peace Memorial Park and Theme Hall, the Mingde Navy Disciplinary Camp, and the Female Laborers Memorial Park. In Kaohsiung's history, we find the human tragedy faced by ordinary people during the process of national development and transformation. As we enter the twenty-first century, we witness Kaohsiung's contemporary human rights culture at sites such as the Kaohsiung Museum of Labor, the Wild Strawberries Movement at the Urban Spotlight, and the memorial to the residents of Siaolin who lost their lives to Typhoon Morakot. These human rights episodes have created a unique sense of identity among the residents of Kaohsiung City. For outside visitors from Taiwan and abroad, they inevitably evoke a sense of shared human tragedy. In terms of human rights education, the city's human rights museums as well as historical sites of injustice are city campuses for developing human rights awareness and cultivating more inclusive human rights culture.

The building that currently houses the Kaohsiung Museum of History was built in 1938 and was originally the second Takao (modern Kaohsiung) Provincial Office. Following the retrocession of Taiwan from Japanese colonial rule, the building became the Kaohsiung City Hall and the center for municipal local government. However, it eventually proved inadequate for its purpose and a new facility was constructed. The old building was designated as a municipal historical site and converted for use as the "Kaohsiung Museum of History," with the objective of carrying forward and preserving the history and culture of Kaohsiung. The new museum was formally opened on 25 October 1998.

Aside from the architectural value of the building, the Museum encompasses a rich history. As the Takao Provincial Office during the colonial period and the Kaohsiung City Hall following retrocession, before eventually becoming the Kaohsiung Museum of History, the building is part of the living history of the city. The "228 Incident" is the greatest burden in Taiwan's recent historical memory. The Taiwanese had become increasingly dissatisfied with the mismanagement and incompetence of the Taiwan Provincial Administrative Executive Office following retrocession, and in 1947 conflict between native Taiwanese and mainlander immigrants spread across the whole island. The subsequent military crackdown across Taiwan began in Kaohsiung. The building played an important role during the 228 Incident, and today the Museum houses a 228 Incident Exhibition Hall. The building has not only witnessed the historical development of Kaohsiung, but in the future will continue to preserve the life and history of the city. The Museum also contains many other historical materials related to Kaohsiung City. 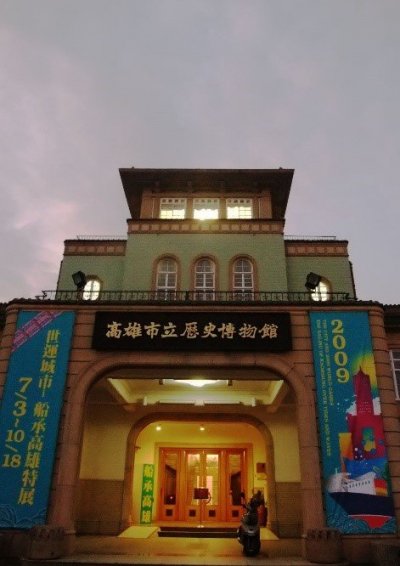 A site on the coast of Cijin, Kaohsiung was chosen as the location for the War and Peace Memorial Park. The choice of site captures the emotions of Taiwanese soldiers as they left the port and saw their homeland for the last time. The park was established as a memorial for the Taiwanese who sacrificed their lives in the Second World War and the Chinese Civil War, and officially opened on 20 May 2009.

A theme hall situated in the park is the only such memorial in the world dedicated to the Taiwanese soldiers who died in the Greater East Asia War, the Chinese Civil War, and the Korean War. The hall also displays items used in the wars and the soldiers' subsequent fight for vindication. A database of Taiwanese war victims housed in the hall is currently the only such system in Taiwan.

The white doves of peace in the park are made of marble and cast seashells. The exterior of the monument consists of two hearts facing each other with two matching shapes resembling flying doves of peace overlaid onto each heart. These shapes also resemble a pair of hands, symbolizing two hands clasped together praying for peace. Outside the theme hall, the same face is portrayed in mosaic wearing different military uniforms?Japanese Army, the Nationalist Army, and the People's Liberation Army?to represent the fate of the Taiwanese youth in the Second World War and Chinese Civil War.

Inside the park, a memorial light wall uses twenty-four pictures and narratives to depict incidents involving Taiwanese youth and women in the war period. On the poles of the memorial lanterns, doves symbolize peace and a gun stuck into the ground represent opposition to war. The bases of the signs in the park are designed as bombs stuck into the ground, symbolizing opposition to war and echoing the theme of the park. The circle near the monuments is called the "heart of echoes." Visitors can stand here to pay homage and offer prayers to the soldiers who sacrificed for Taiwan. 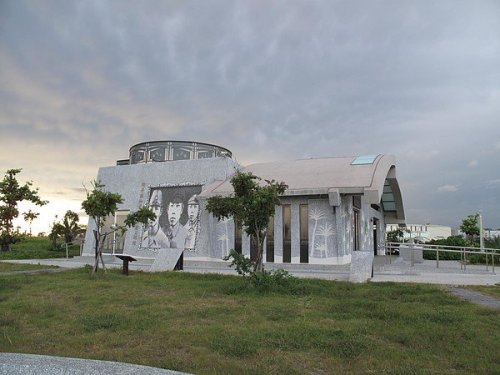 Kaohsiung has a long history of industrial development, highlighted by its export processing zones, the petrochemical industry, and the shipping industry. Although in recent years Kaohsiung City has embarked on a transformation from its old industrial role to a maritime city centered on recreation and tourism, the development of labor culture during Taiwan's economic takeoff is an important part of the city's history that deserves commemoration. On this basis, the Labor Affairs Bureau of Kaohsiung City government officially opened the only museum of labor in the country in conjunction with the International Workers' Day on 1 May 2010 with the aim of preserving labor culture and helping better understand the contribution of workers to Taiwan's economic development.

The Kaohsiung Museum of Labor is dedicated to the collection, study, preservation, and maintenance of resources related to the topic of labor across the country. The Museum makes use of innovative interactive displays, educational activities, and service provision to encourage participation, interaction, learning, and remembering of the past by workers and the wider community, promoting community awareness and preserving labor culture. The Kaohsiung Museum of Labor also joins the ranks of museums with the same theme around the world, enhancing the international reputation of Kaohsiung and giving Taiwan's workers a place in the international history of labor. 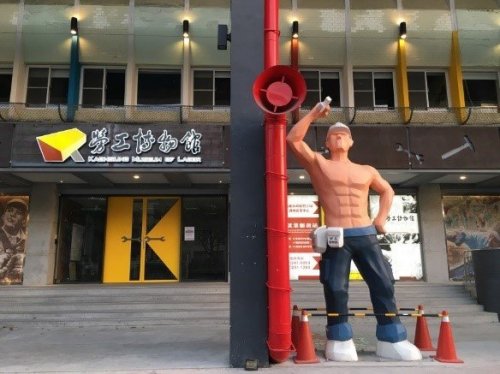 The decision of the China Petroleum Corporation (CPC) and the Taiwanese government in 1987 to build Taiwan's fifth naphtha cracker plant at the Kaohsiung Oil Refinery in the Nanzih District led to a series of environmental protests. A scandal surrounding wastewater pollution from the Linyuan Petrochemical Industrial Park further increased public awareness of environmental issues and the intensity of the protests.

Spontaneous demonstrations occurred in Houjing after residents became aware of the CPC plans. Protestors vented long-held anger at pollution in the area, expressed determination to fight the naphtha cracker plant, demanding an immediate halt to construction at the plant and the rapid introduction of measures to address pollution at a further forty plants. Protestors also demanded that CPC draw up a plan to move their plants out of Kaohsiung in order to facilitate the development of the metropolitan area and a comprehensive government review of the high-polluting petrochemical industry based on ecological and environmental considerations.

People established the "Self-help Association to Oppose the Fifth Naphtha Cracker Plant" at the Fongping Temple in Houjing, travelled to Taipei several times to protest, as well as petitioned the Kaohsiung City Council, the Environmental Protection Administration, and the Legislative Yuan. During the protests, there were frequent clashes with the police. Eventually, protestors won the agreement of the government to hold a referendum in Houjing on the Fifth Naphtha Cracker Plant. This was the first such referendum in Taiwan, and took place before the passage of the Referendum Law. In the referendum, 60.8 percent of voters were "resolutely opposed" to the plans, while only 39.2 percent "agreed to negotiate." However, the result of the referendum failed to change government policy.

Construction of the Fifth Naphtha Cracker Plant began in 1990, with the government and CPC committing to paying a total of NT$1.5 billion in compensation and relocating the plant within twenty-five years. The plant was opened in 1994, but subsequent oil leakages and an explosion at the second vacuum gas oil plant provoked local anger. The Houjing residents launched a "Yellow Ribbon Campaign" in opposition to the plant. 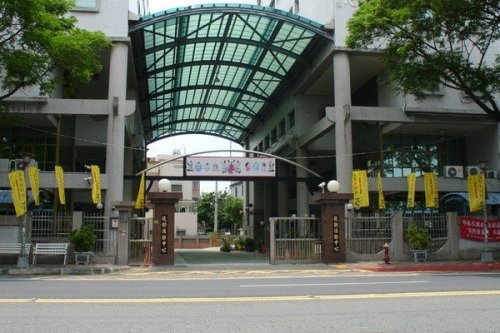 Within and Beyond the City's Human Rights Museums

In addition to visiting human rights museums, there are many human rights historical sites in Kaohsiung City that can facilitate a more comprehensive human rights education. The main discourses of Taiwan's political history or historical records displayed in the National Human Rights Museums may not include the integrated ethnic spirit during the 228 Incident as well as other human rights values showed in the history of the city. The 228 Incident remains in the collective memory of the Taiwanese people to this day and the wounds have still not fully healed. Starting from a local perspective, a tour of human rights sites in Kaohsiung City reveals the spirit of ethnic harmony in the Kaohsiung Senior High School's Self-Defense Corps formed during the 228 Incident often ignored in contemporary historical accounts , and encourages us to reflect on how to improve the protection of human rights for ordinary laborers as well as migrant workers by remembering the twenty-five female victims buried at the Cijin Female Laborers Memorial Park. And when we witness the memorial to those who lost their lives to natural calamity in Siaolin Village, we are reminded of the importance of pursuing sustainable development.

"Deepening Democracy" is not only reflected in openness to different ideas, but also a willingness to resolve conflict through rational public discourse and an openness to different individual experiences. The phenomenon of perforated sovereignties reminds us that even under the existing political and economic framework, society retains the capacity to produce a new generation of human rights innovation. The concept of "dark tourism" is not only about recognizing that unique historical experiences that contributed to the growth of human rights around the world are a marketable resource, it also aspires to use international travel to develop a common language of human rights that spans national boundaries.

Elsa Wen-Ying Hsu is an Associate Professor at the Open University of Kaohsiung, in Kaohsiung city, Taiwan.