The Kyrgyz of the Afghan Pamirs: A Resilient Community in a Harsh Environment

The Afghan Pamirs - a remote, high-altitude region marked by an average of ten months with below freezing temperatures - presents numerous challenges to human habitation. However, two groups - the nomadic Kyrgyz and agro-pastoral Wakhi - have managed to subsist in the harsh conditions of the Pamirs for several generations. 1 The difficulty of living year-round in such conditions is compounded by a near-total absence of any state-run services such as medical clinics, something reflected in the extremely low life expectancy and one of the world's highest infant mortality rates among the Kyrgyz.

Today, a small Kyrgyz community remains in the Afghan Pamirs after the repatriation of some of them to Turkey and Kyrgyzstan during the last four decades. But, given the political turmoil in Afghanistan following the Taliban's take-over of the country last year, it is more unclear than ever if they will survive into the future. 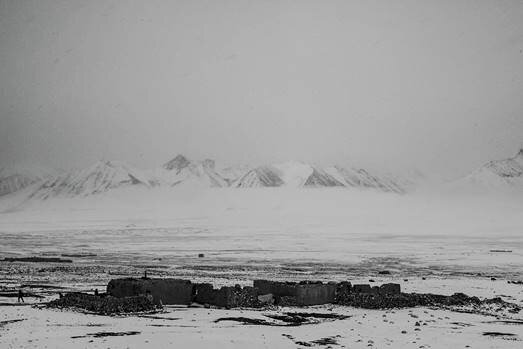 Kyrgyz Community in the Afghan Pamirs

The Afghan Pamirs consist of two high-altitude valleys situated at about 4,300 meters above sea level at the northeastern tip of Afghanistan. They are part of the so-called "Wakhan Corridor," which is "a narrow panhandle of alpine valleys and high mountains that stretches eastward from the province of Badakhshan following the head waters of the Amu Darya River to its sources in the Pamir Mountains." 2 It borders Tajikistan (north), Pakistan (south), and China (east).

The Taliban take-over of Badakhshan's Wakhan district in early July 2021, around a month before they captured the rest of the country, compelled around three hundred fifty Kyrgyz to flee across the border into Tajikistan with their livestock. But, with their plea for humanitarian assistance to the United Nations not yielding any result, they eventually returned to their camps in the Afghan Pamirs two weeks later. Various reports, however, suggest that there were contributing factors in the Kyrgyz decision to leave the Pamirs, such as an unusually harsh winter that killed many animals, "lack of healthcare and education, high infant mortality, and a dearth of marriageable women." 3 While the Taliban's take-over of Wakhan district was a truly novel occurrence - they had never had any presence there previously - the other issues have affected the Kyrgyz since Afghanistan's borders were demarcated in the late 19th century, when they became de facto Afghan citizens.

While the Kyrgyz community had to adapt to the extreme environmental pressures of the Afghan Pamirs, they also had to reach some accommodation with whatever political power claimed dominion over their territory at a given time. When accommodation failed, they employed migration as a strategy. The settlement in the Afghan Pamirs by the Kyrgyz community was the result of a long period of migration to escape the Soviet and later the Communist Chinese regimes throughout the 20th century.

Kyrgyz migration to Afghanistan is believed to have started in the 16th century. In 1916, during a major revolt against the Tsarist Russian empire, they left the Osh region (now part of Kyrgyzstan) for the Afghan Pamirs. But, facing Bolshevik incursions into the Afghan Pamirs, they crossed the border to eastern Turkestan (Xinjiang) in China after 1945. With the Chinese Communist Party taking power in China after 1949, they returned back to the Afghan Pamirs. However, with the hardening of international borders during the Cold War, the Kyrgyz were forced to adapt their economy and society to "closed frontiers nomadism" within the confines of Afghanistan.

Since then, there have been two additional waves of migration from the Afghan Pamirs. The first occurred in July 1978, when 1,300 Kyrgyz fled to Pakistan following a communist coup in Afghanistan (in advance of the Soviet invasion). 4 The second wave - less dramatic and more piecemeal - has been occurring since 2017, when a "dozen families" returned to Kyrgyzstan as part of a state-sponsored "repatriation" program targeting "diaspora" Kyrgyz living outside of Kyrgyzstan. In April 2021, the President of the Kyrgyz Republic promised the "return of the remaining three hundred families [from Afghanistan] by the end of the year." 5

The latter migration can be partially framed as a choice between having a modernized way of life (medical care, education, motorized transportation) or remaining in the Pamirs. But the dire conditions across Afghanistan in the wake of the Taliban's take-over, characterized by supply shortages, rising food prices, currency depreciation, and the collapse of government services in many areas, threatens the existence of the remaining Kyrgyz community there.

Life in the Afghan Pamirs

As recently as 2019, many Kyrgyz did not want to leave the Afghan Pamirs and resisted the offer to relocate to Kyrgyzstan. They did not want to be seen as people who need help. 6 They valued their life in the Afghan Pamirs as herders and nomads. 7 And their herds afforded them a degree of autonomy in Afghanistan, despite the hardship. As some of them said, "As long as there is livestock, the Pamirs will always have their nomads." 8

The Kyrgyz economy in the Afghan Pamirs depends entirely on livestock for both subsistence (meat, milk and milk-derived products, wool, dung) and exchange with lowland traders for manufactured goods and food staples such as rice and flour. The Kyrgyz raise sheep and goats primarily for trade while yaks and camels are raised mainly for subsistence (and used as transportation). They do not cultivate any crops in the Pamir or engage in any manufacturing aside from artisanal production of felt and dairy products. The Kyrgyz are therefore dependent upon trade to meet their remaining subsistence needs. 9

At present, the Kyrgyz community has a looser political structure than historically has been the norm. Many of the traditional leaders - called khans - were descended from the families that led the Kyrgyz in their 1916 escape from Osh region, which have since gone to Turkey or Kyrgyzstan. This decentralization of leadership left the community free from the control of rich families and allowed the members to decide matters on their own, including whether to leave the Afghan Pamirs or not. 10 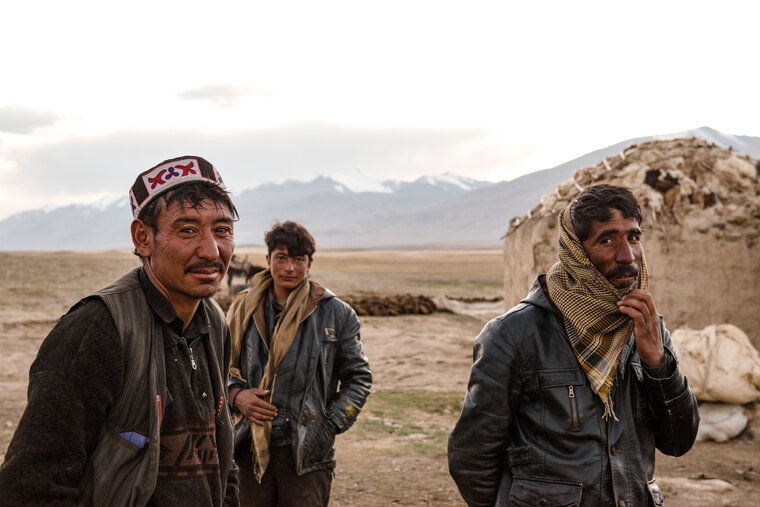 There are members of the Kyrgyz community who have not seen the promised improvement in their living situation after migrating to Kyrgyzstan. They complain that wealthy leaders have appropriated provisions for their needs and exploited the costly migration opportunities. Sultan, an important bai (wealthy man in Kyrgyz), was opposed to seeing only the wealthiest leave for Kyrgyzstan: 11

"What will we earn then?" he asked, "look at the son of Rahman Kul Khan [whose father initiated the 1982 migration to Turkey]. Now in Bishkek, he has expected for years to be nominated as a professor, yet instead, he is only teaching [without such status]. Once in Kyrgyzstan, they will not see [us as] Kyrgyz, only [as] Afghans, Afghans!"

But there are others, including young Kyrgyz, who see a better future in Kyrgyzstan, especially opportunities to study and work, compared to the Afghan Pamirs. 12

Despite having successfully weathered many of the last century's major historical events by dint of living in one of the world's harshest and most remote environments, the Kyrgyz of the Afghan Pamirs are likely to face exceptional pressures in 2022 with the ongoing collapse of the Afghan economy. Migration is a central point of contention, it raises hopeful expectations but also reveals important inequalities in opportunities. The current repatriation program to the Kyrgyz Republic affords a few beneficiaries a glimpse of new but contested participation prospects while the majority of the Kyrgyz in Afghan Pamirs get by with the vagaries of a high-risk, high-reward pastoral mode of existence.

* The author thanks Ted Callahan for editing this article.

Tobias Marschall is a PhD candidate in Anthropology and Sociology at the Graduate Institute of International Relations and Development Studies, Geneva conducting research into the integration of the Afghan Kyrgyz's pastoral economy into global networks in the northeastern tip of Afghanistan.

[4] In 1982, the Kyrgyz in Pakistan were resettled in eastern Turkey by the Turkish government.

[5] Tobias Marschall, "The Demise of yet Another Migration: A View from the Margins of Afghanistan," Graduate Institute Geneva, 30 August 2021, www.graduateinstitute.ch/communications/news/demise-yet-another-migration-view-margins-afghanistan.

[6] One report states that the Kyrgyz media stereotypes the Kyrgyz from Afghanistan as "backward relatives in need." See Bermet Talant, op. cit.

[9] The Wakhi community engages in growing wheat and other crops in addition to herding animals in the Pamirs and other part of the Wakhan corridor.