At a time of rapidly shifting social and economic situations, there is a growing realization that Civil Society Organisations need to play a leading role in identifying and defining the issues arising out of these changes.

The trend of particular concern is the worsening negative impact of globalization or “unrestrained capitalism.” The repercussions on people in the communities of this concern have been unprecedented, with families being displaced and fragmented. Locally (as well as regionally and globally), there is a growing migration and emigration patterns of communities, as people are forced to leave their homelands and islands, families, lands and farms in search of a better and more secure life.

The Social Empowerment and Education Programme (SEEP) is a non-governmental organization (NGO) in Fiji that is founded on social justice and upholds principles that promote human dignity. It was established as a response to the national challenges initially as a program under the Ecumenical Centre for Research and Advocacy (ECREA), a non-governmental organization established in 1987. SEEP became an independent NGO in 2010 with a base in central Suva. 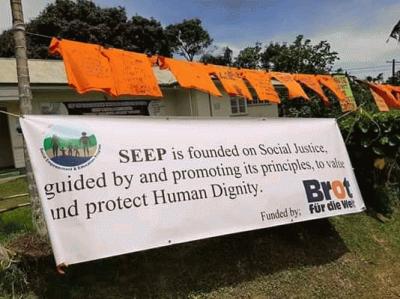 Why Do We Work in Communities?

At the national level, the ability and the power of the state to protect its own people has weakened as a result of international pressure, many times pushed by corporate agenda. As a result, the state has to redefine its role in terms of priorities, values and policy orientation.

While globalization pretends to unite people, in reality one of its most destructive impacts is the disintegration of social and cultural systems that sustain social cohesion and which bind people together.

Climate change, which is now a global issue has particular effects on the development of vulnerable island states. With Fiji taking the lead at the 2017 “Conference of the Parties” (COP2017) in Germany, the Fiji Prime Minister (Frank Bainimarama) in his opening address at the conference reiterated that Fiji and the rest of the Pacific, despite the fact that they have the smallest carbon-footprint in the world, would experience the worst impacts of climate change with rising sea levels that would eventually sink islands, the home of thousands of people.

The Fiji government and the World Bank put together a “Climate Vulnerability Assessment” report on how to make Fiji climate resilient. The one hundred seventy-two-page report detailed the effects of climate change on disaster risk, poverty, sea-level rise, agriculture, food security as well as health and tourism in Fiji. It also strongly pointed out that Fiji needs to build socio-economic resilience, take care of the poor and keep economic growth inclusive.

The challenge then for nations including civil society is how to strengthen relationships between communities of people and among people in order to build resilience. Resilience allows communities to pause and make decisions to retain a sense of identity, relevance and power in these fast-changing times.

As a direct response to the vulnerability assessment report, SEEP continues with empowerment and resilience-building work in the communities. A core element of resilience-building is the sustainable use of natural resources for future generations. The work of SEEP eventually boils down to having food security and sustainability in the face of climate change and its real impacts on communities and livelihoods.

SEEP has been undertaking empowerment work in rural communities in Fiji since 2010. SEEP recognizes that there can be a movement of empowered, resilient and vibrant local communities which are able to increase their participation in Fiji’s democratic spaces employing people-centered principles. By affirming their identities with the sustainable use of their natural resources employing “organiculture” (organic farming) and traditional knowledge systems, these communities can confidently engage the global market economy.

Community mapping, for example, which is led my members of the community, familiarizes people about the community boundaries and placements of houses, roads, schools and health clinics and assists them in visualizing and defining a starting point for community profiling work. 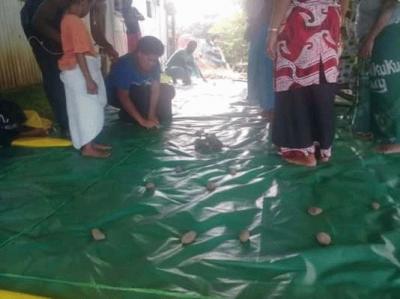 [T]he percentage of female victims of sexual offenses compared to male victims has been consistently rising between 2014 and 2017. The most alarming fact is that the largest number of victims of rape, abduction of persons under 18 years of age and indecent assault were minor girls. The number of cases recorded for indecently insulting or annoying any person from 2014 to 2017 decreased by 80%. However, the maximum number (85%) [of victims] for the said crime were women. The number of violence cases reported to Fiji Police Force is low compared to other agencies that collect  the same data on violence against women.

Regarding laws on violence against women (VAW), the Office of the Auditor General explained that the2

[C]hallenges  faced  with  legislations  include  victims  of  violence  being  disadvantaged  due  to  the gender  neutral  tone  of  legislation[s],  thus  the  need  to  review  them  in  a  comprehensive  and systematic manner given the passage of time since their enactment. There is also inconsistency in the  application  of  the  legislation  for  violence  against  women  by  service  providers  due  to  the pressure on women to reconcile with husbands/partners, women’s lack of knowledge about rights and the law and the manipulation of law to undermine women’s rights. Despite the positive changes to legislation with the intent to address the problem of violence against women, the use of legislation by women themselves is low due to the lack of awareness, social stigma and fear of repeated violence in their families.

The report also stated that,3

the  most  alarming  reality  is  that  although  women  and  girls  make  up  the  majority  of victims for sexual offenses, there were processes that were not in accordance with the relevant guidance  materials  pertaining  to  the reduction  of  crime  against  Women  in  Fiji.  These include administration   of   the   National   Domestic   Violence   Helpline,   Zero   Tolerance   Violence   Free Community (ZTVFC) and Ministry’s co-operation with Fiji Police Force.

In consideration of this situation, SEEP started a “Thursdays in Black” campaign in 2019, first at the organizational level and then at the community level. In communities whose members have been informed of the campaign, people are actively involved not only in the campaign but also in advocating action against violence and discouraging “by-standing” (inaction) when it comes to addressing violence within their own communities. SEEP has black-colored t-shirts printed with key messages for the “Thursdays in Black” campaign. The t-shirts are worn every Thursday by SEEP staff and community partners who have purchased the t-shirts. 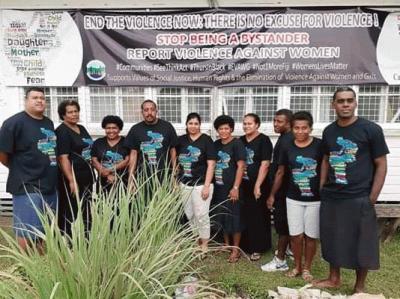 “Thursdays in Black”campaign in solidarity with the women's movement on speaking up on violence against women.

SEEP has community activities that inform people about the services available to victims of domestic violence. Photo above shows the staff of SEEP wearing their t-shirts while standing in front of the street banner with the anti-VAW message and contact details on counselling services and the police for those who might need the information. The banner hangs in front of the SEEP office building to be clearly visible to all passers-by.

SEEP has Community Facilitation teams in different areas that hold community empowerment training on democracy and the principles of human rights. These teams work across four provinces, eleven districts and thirty-eight communities in some of the remotest places in Fiji. 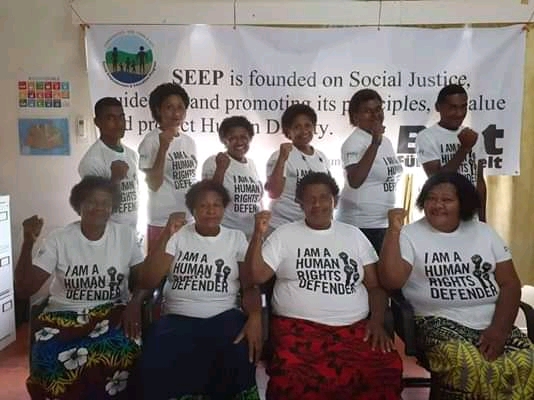 SEEP also organizes campaigns on other human rights issues such as the solidarity campaign called “Wednesdays for West Papua” against the torture and killings of the West Papuans. 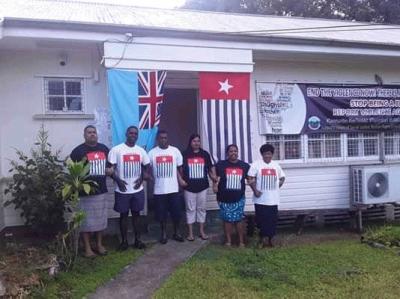 “Wednesdays for West Papua” campaign in solidarity with the West Papuans who suffer from torture and killings.

SEEP undertakes research on different issues. In 2019, SEEP launched its research report on the mining policy in Fiji. The report entitled Mining Realities: Assessing State Compliance on the Rules of Engagement evaluated the government’s compliance under the Environmental Management Act (2005) in relation to mining. Research work was conducted in three mining sites in Fiji, including the Namosi proposed copper mine in Central Viti Levu, the Nawailevu Bauxite Mine in Bua and the Sand Ore Mining operations in Votu, Ba. The research findings included a proposal to strengthen implementation mechanisms and processes by approving authorities. There is also a proposal to put in place social safeguard mechanisms for people in communities who are directly impacted by extractive industries. 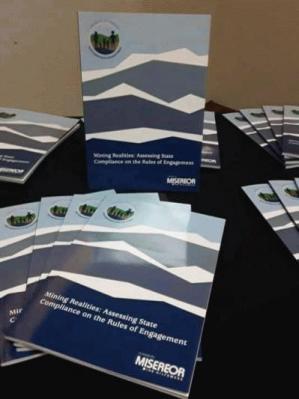 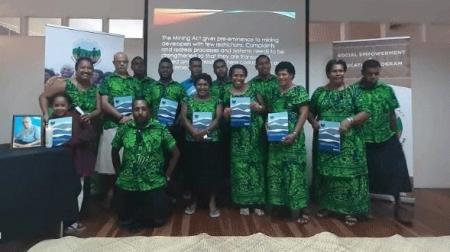 SEEP supports the global Slow Food initiative, and leads this work in Fiji.  SEEP encourages the use of traditional practices and knowledge on food preparation and thus promotes healthy living in the communities. 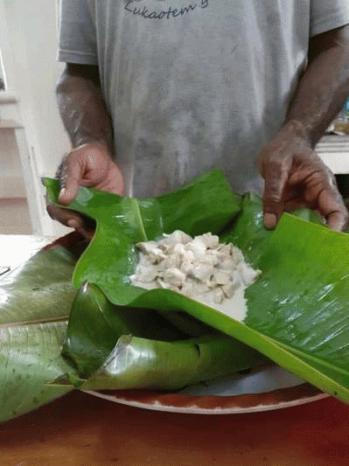 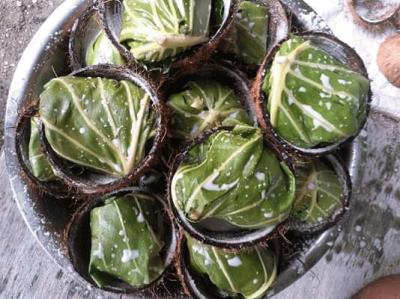 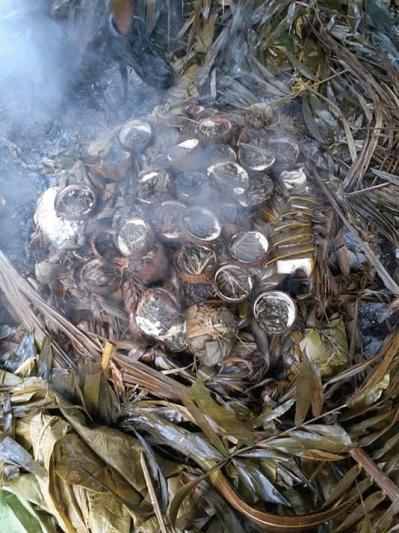 
1 Report of the Auditor General of the Republic of Fiji, Coordination of Actions on Elimination of Violence against Women - Performance Audit, Parliament of Fiji, Parliamentary Paper  no. 129 of 2019, page xv. Full report available at www.parliament.gov.fj/wp-content/uploads/2019/09/Report-of-the-Auditor-General-Elimination-of-Violence-Against-Women.pdf.
2 Ibid., page ix.
3 Ibid.