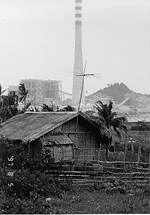 The right to housing is recognized in international law; its concept, scope and nature have been developed over recent years, particularly through two General Comments adopted by the United Nations Committee on Economic, Social and Cultural Rights. [1] The right to housing, like all human rights, may be violated, restricted or derogated from; thus the right to housing must be actively protected in law and in practice. Monitoring is one such way of protecting housing rights in order to give substance and meaning to the right of reparation for every victim of a housing rights violation.

Monitoring through the use of indicators

The enjoyment and guarantee of housing rights, and the level of compliance by government of its obligations must be periodically monitored to assess progress in the realization of the right. The assessment often takes the form of qualitative and quantitative measurements, called indicators.

Indicators are defined as "statistical data which attempts to provide or 'indicate' (usually based on some form of numerical qualifications) the prevailing circumstances at a given place at a given point in time." [2] "The term 'indicator' reflects the necessary modesty that must attach to statistics intended to measure one or other aspect of development: indicators are not necessarily direct and full measures of what they are intended to indicate but often indirect or incomplete measures (e.g., measures of causes, instrumentalities or inputs; of effects or outputs; of particular manifestations, phases or parts of the whole). This is perhaps especially true of social development indicators. An indicator is not just a statistical series but a statistical series plus a set of assumptions; it requires careful examination and testing before use." [3]

While indicators can be used to measure both a certain situation and changes concerning the situation of housing rights, indicators however contain weaknesses that need to be rectified if indicators are to be incorporated more thoroughly into the realm of human rights. Weaknesses or imperfections of indicators include: [4] lack of available and/or reliable statistics; incomplete or out-dated sources; utilization of inappropriate indicators; apparent contradictions between certain indicators; frequent and almost standard use of estimates where precise figures are unavailable; use of improper or inconsistent criteria and methodologies in the selection of indicators; limitation of cross temporal comparability; use of indicators of a percentage type which can create difficulties in terms of how to measure growth or change; necessity of relying upon nationally collected indicators which, if such statistics are used in a human rights framework of assessment, may result in biased figures; and lack of disaggregated statistics. Thus "indicators do not always reflect the human condition in a meaningful way and may be an easy way to avoid attacking the root cause of poverty and related concerns." [5]

Despite these limitations, indicators are nonetheless valuable tools that have the potential to adequately and accurately measure not only the existence of housing rights--or any derogations therefrom--but also any advances that may develop.

What is essential, therefore, is to adopt a central approach towards the use of indicators which emphasizes the use of those indicators which are to a substantial degree compatible with the legal duties of states under existing domestic and international human rights law.

Monitoring the Progressive Realization of Housing Rights: Compliance with State Obligations Under Article 2.1 of the ICESCR

Article 2.1 of the International Covenant on Economic, Social and Cultural Rights (ICESCR) is central to the full understanding of the Covenant. [6] Through General Comment Number 3, the UN Committee elaborated on the nature of state obligations by clarifying the scope and meaning of this article.

The UN Committee begins by stating that "while the Covenant provides for progressive realization and acknowledges the constraints due to the limits of available resources, it also imposes various obligations which are of immediate effect. Of these, two are of particular importance in understanding the precise nature of States parties obligations. One of these is the 'undertaking to guarantee' that relevant rights 'will be exercised without discrimination. The other is the undertaking 'to take steps,' which in itself, is not qualified or limited by other considerations. Thus while the full realization of the relevant rights may be achieved progressively, steps toward that goal must be taken within a reasonably short time after the Covenant's entry into force. Such steps should be deliberate, concrete and targeted as clearly as possible towards meeting the obligations recognized in the Covenant." [7]

The means to satisfy the obligation to take steps include, among others, the adoption of legislative measures, provision of judicial measures, administrative, financial, educational and social measures. [8] The UN Committee stresses that "the undertaking 'to take steps by all appropriate means neither requires nor precludes any particular form of government or economic system being used as the vehicle for the steps in question, provided only that it is democratic and that all human rights are thereby respected" and reaffirms "that the rights recognized in the Covenant are susceptible of realization within the context of a wide variety of economic and political systems." [9]

The UN Committee also defined the meaning of "progressive realization:" "the concept of progressive realization constitutes a recognition of the fact that full realization of all economic, social and cultural rights will generally not be able to be achieved in a short period of time. Nevertheless, the fact that realization over time, or in other words progressively, is foreseen under the Covenant should not be misinterpreted as depriving the obligation of all meaningful content. It is on the one hand a necessary flexibility device, reflecting the realities of the real world and the difficulties involved for any country in ensuring full realization of economic, social and cultural rights. On the other hand, the phrase must be read in the light of the overall objective, indeed the raison d'etre, of the Covenant which is to establish clear obligations for States parties in respect of the full realization of the rights in question. It thus imposes an obligation to move as expeditiously and effectively as possible towards that goal. Moreover, any deliberately retrogressive measures in that regard would require the most careful consideration and would need to be fully justified by reference to the totality of the rights provided for in the Covenant and in the context of the full use of the maximum available resources." [10]

q Has the state reconciled its housing-related policies with its obligations under Article 11 of the ICESCR?

q Has the state adopted measures aimed at conferring legal security of tenure in its variety of forms to those currently lacking protection?

q Has the state adopted policies that ensure that the percentage of housing related costs is, in general, commensurate with income levels?

q Has the state established housing subsidies for those unable to obtain affordable housing?

q Has the state established forms and levels of housing finance?

q Has the state taken measures to protect its citizens against unreasonable rent levels or rent increases?

q Has the state adopted measures that ensure the availability of building materials?

q Has the state adopted measures that guarantee the physical safety of occupants against cold, heat, damp, rain, wind or other threats to health, structural hazards, and disease vectors?

q Has the state adopted measures against forced evictions?

Monitoring the Progressive Realization of Housing Rights: Satisfaction of the "Minimum Essential Levels of ESC Rights"

In its General Comment Number 3, the UN Committee maintains "that a minimum core obligation to ensure the satisfaction of, at the very least, minimum essential levels of each of the rights is incumbent upon every State party. Thus, for example, a State party in which any significant number of individuals is deprived of essential foodstuffs, of essential primary health care, of basic shelter and housing, or of the most basic forms of education is, prima facie, failing to discharge its obligations under the Covenant."

The Committee further states that "any assessment as to whether a State has discharged its minimum core obligation must also take account of resource constraints applying within the country concerned. In order for a State party to be able to attribute its failure to meet at least its minimum core obligations to a lack of available resources it must demonstrate that every effort has been made to use all resources that are at its disposition in an effort to satisfy, as a matter of priority, those minimum obligations. The Committee wishes to emphasize, however, that even where the available resources are demonstrably inadequate, the obligation remains for a State party to strive to ensure the widest possible enjoyment of the relevant rights under the prevailing circumstances. The Committee underlines the fact that even in times of severe resources constraints whether caused by a process of adjustment, of economic recession, or by other factors the vulnerable members of society can and indeed must be protected by the adoption of relatively low-cost targeted programmes." [11]

To determine whether the minimum essential levels of housing rights are satisfied, one must look at the status of this right, which can be gleaned through various indicators established by both official and NGO sources. Indicators relating to the right to housing may be classified into four categories:

Monitoring the Progressive Realization of Housing Rights Through Benchmarks

In General Comment Number 1, the UN Committee stressed the importance of providing "a basis on which the State party itself, as well as the Committee, can effectively evaluate the extent to which progress has been made towards the realization of the obligations contained in the Covenant. For this purpose, it may be useful for States to identify specific benchmarks or goals against which their performance in a given area can be assessed. Thus, for example, it is generally agreed that it is important to set specific goals with respect to the reduction of infant mortality, the extent of vaccination of children, the intake of calories per person, the number of persons per health-care provider, etc. In many of these areas, global benchmarks are of limited use, whereas national or other more specific benchmarks can provide an extremely valuable indication of progress."[12]

To determine the progressive realization of housing rights through benchmarks, one may need to answer the following questions:

q If the state has not established benchmarks, why has it failed to do so? What can be done to pressure the state into establishing these benchmarks?

q Has the state actually met the benchmarks or targets or goals it has established?

Admittedly, monitoring the progressive realization of housing rights is a difficultﾐalbeit challenging task. Accurate and effective monitoring requires the active participation of affected sectorsﾐeither directly or through representative NGOs. "Participation is the component not only of preventing deprivations of rights but also of the arrangements for securing aid when violations have occurred." [13] Monitoring with the active participation of affected sectors is one tool to achieve the full satisfaction and enjoyment of housing rights.